I am John Kilkenny t/a Advanced Clean. I was awarded the 2012 Which? Local National Business of the Year, this has now become Which Trusted Trader, for my professional, value for money service and for giving my customers the best possible cleaning results. Since then I have received nearly 300 first class reviews on the trustedtrader.which.co.uk site. I also have nearly 200 first class reviews on Checkatrade.com This is something that I take great pride in that customers actually take time and effort to post a review for the quality of service that I provide. I cover most of North, North West and North East London, extending into South Hertfordshire and bordering Essex
I will usually call and give you a no obligation, free quotation. However sometimes it is something I can do over the phone especially if distance is involved I can offer an estimate and if this is accepted I will measure on arrival and give a firm price.
Please give me a call to discuss your requirements. 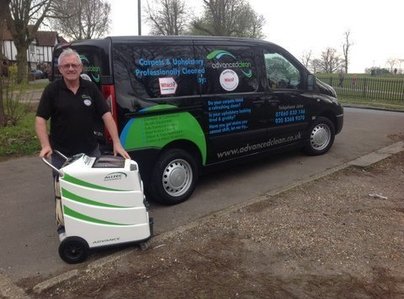